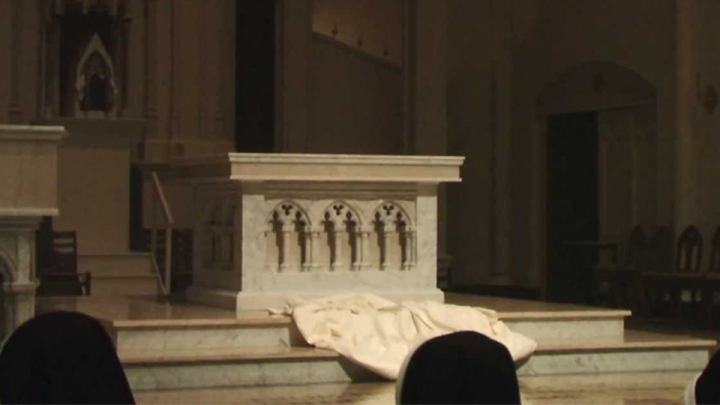 As the holiest week on the Christian calendar concludes, plenty of headlines from sea to shining sea should give pause. In a marked sign of the times, Americans are sedated to stories that include how Colorado’s governor signed into law legalizing abortions up to birth with no limits, while bills pending in Maryland and California would legalize infanticide.

With celebrated fanfare, President Biden nominated a Black woman for the Supreme Court based on her race and gender, yet she would not define what a woman is for fear of offending. Former Vice President Mike Pence’s visit to The University of Virginia was criticized by the student newspaper claiming Pence’s beliefs threatened “the well-being and safety of students.”

This is just a brief sampling underscoring how pathetically fallen society is.

Pew Research and Gallup polling can be illuminating on many levels. In 1937, the first year Gallup polled the question about church attendance, 73% claimed they attended. Currently, only 47% of Americans belong with only 28% attending regularly – Gallup’s lowest percentage ever.

The U.S. trails Europe by a generation in church attendance and, provided the trend continues, expect it to drop to ten percent, which does not bode well for the church’s future, nor the country.

The fastest-growing religious demographic are not among the traditional Christian denominations, but a group that identifies as “nones,” who are “nothing in particular.” Nones grew to 20% of the nation in 2021, up from 16% in 2017.  Meanwhile, only 35% believe moral truth as absolute. To contrast in 2004, 60% of Americans opposed same-sex marriage while fifteen years later, 61% supported it.

Many things that were unthinkable just a generation ago have become unquestionable today, and that, in turn, shapes the sociopolitical foundation of Western culture.

According to Gallup, “secularizing shifts evident in American society in the 21st century show no signs of slowing.” America’s agnosticism only increases with each passing generation that runs parallel to the growing push to legislate approval of abortion, and LGBTQ ideology among other unbiblical deceptions.

Before COVID, plenty of churches were closing, yearly.  The U.S. trails Europe by a generation in church attendance and, provided the trend continues, expect it to drop to ten percent, which does not bode well for the church’s future, nor the country.  Ironically, Pew Research says 72% agree that America’s moral compass is pointed in the wrong direction.

Perhaps over this Easter weekend, we need to comprehend and appreciate the glut of documented studies that underscore how regular church worship corresponds with lower rates of substance abuse, divorce, incarceration, and depression.  Moreover, a church community brings higher levels of meaning, satisfaction, volunteering, longevity, and civic engagement.

Prophets warned for thousands of years that chaos reigns before revival. God will not be mocked. Be strong in the faith and do not waver.

In a world set adrift where attention spans are reduced to 280 characters and ubiquitous idolatry is universal, many churches attempt to compete with secularism and its counterfeit promises.

Culture will indeed catechize especially in the dearth of biblical morality. Christians are learning not from church but from the pagans, places and media that consumes them. When religious leaders are more concerned with social justice over salvation, why bother with church?

Political convictions throughout our fruited plain have become more resolute, while our Judeo-Christian heritage is doing a MacArthur and fading away. What many do not realize is that civic stewardship does not require neglecting the Gospel.  No follower of Christ should abandon the public square or the political process.

Rather they must speak the hard truths that contemporary society abhors.

Christians in every generation have had to standup and if this latest campaign appears daunting, harken back to the days after the ascension of Christ. The apostles eventually emerged from being locked away in the upper room to engage the lurking and seemingly impenetrable Roman Empire. Christianity not only grew – it thrived – because the apostles filled with the Holy Spirit followed Christ’s Great Commission.

Our post-Christian world offers a target rich environment for living out in real time the Great Commission where Jesus commanded His apostles to make “disciples of all the nations.”

Prophets warned for thousands of years that chaos reigns before revival. God will not be mocked. Be strong in the faith and do not waver.

St. Teresa of Avila inspires us, “Let nothing frighten you. Who has God, lacks nothing. God alone is enough.”

The tomb is empty and the time to engage beckons.

[Comment Guidelines - Click to view]
The Remnant values the comments and input of our visitors. It’s no secret, however, that trolls exist, and trolls can do a lot of damage to a brand. Therefore, our comments are heavily monitored 24/7 by Remnant moderators around the country.  They have been instructed to remove demeaning, hostile, needlessly combative, racist, Christophobic comments, and streams not related to the storyline. Multiple comments from one person under a story are also discouraged. Capitalized sentences or comments will be removed (Internet shouting).
The Remnant comments sections are not designed for frequent personal blogging, on-going debates or theological or other disputes between commenters. Please understand that we pay our writers to defend The Remnant’s editorial positions. We thus acknowledge no moral obligation whatsoever to allow anyone and everyone to try to undermine our editorial policy and create a general nuisance on our website.  Therefore, Remnant moderators reserve the right to edit or remove comments, and comments do not necessarily represent the views of The Remnant.
back to top
Last modified on Thursday, April 14, 2022
Tweet