The Chosen: A Counterfeit Christ? 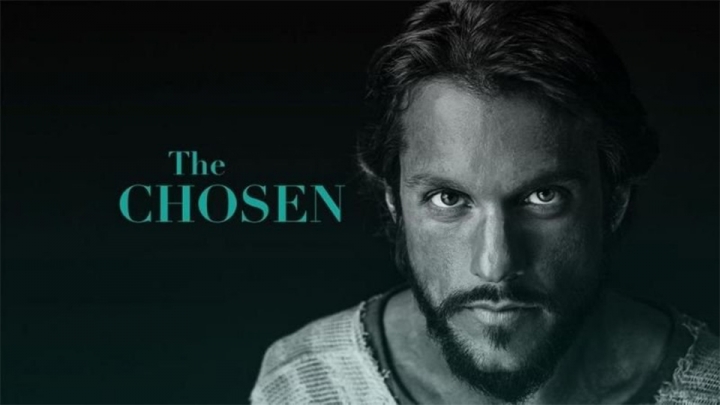 Below is a recent scene from the popular TV series, “The Chosen,” which depicts Gospel events from the life of Christ:

In this scene the TV version of Our Lord says to Mary Magdalen (after a fictionalized relapse of sin occurring after He saved her from stoning), “Did you really think you would never…sin again?”

As we know, the true Christ told Mary Magdalene “Go and sin no more” after intervening to save her from stoning.  Now in the TV show He says to her “Did you really think you would never sin again?  The question being depicted as coming from Our Lord is absurd. Would Our Lord instruct someone to “go and sin no more” only to later say the equivalent of “did you really believe it was possible?” It really borders on blasphemy in my opinion, yet for many generic Christians, the scene is somehow moving and heart warming.

Jesus of “The Chosen” telling us “you don’t have to” live up to Christian morality and that all God needs is your heart (whatever that means) can lead to the dangerous conclusion that actions and mortal sins do not matter all that much.

Also in the scene, Mary Magdalene tells Jesus she can’t live up to it (Christian morality). TV Jesus then says she doesn’t have to (!). All He wants is “her heart.” TV Jesus then forgives Mary Magdalen in the show, as she is truly repentant. His forgiveness of her relapse would be equivalent to the sacrament of penance. This is not at all the issue with the scene.

The problem is that anyone who is forgiven by God in the sacrament of penance needs to have a firm purpose of amendment to never commit that sin again. What in the world is the point if the penitent doesn’t truly believe that with God’s grace it is even possible to “sin no more?” Our Lord said, “Be ye perfect as your Heavenly Father is perfect.” Was He only kidding there as well? “The Chosen” seems to think so.

In addition, the Jesus of “The Chosen” telling us “you don’t have to” live up to Christian morality and that all God needs is your heart (whatever that means) can lead to the dangerous conclusion that actions and mortal sins do not matter all that much. This can become a justification to keep sinning. For the one sure way to know Jesus has your heart is to flee from sin for love of Him. This is why He told us “If you love Me, keep My commandments.”

Another reason to skip “The Chosen,” is the praise and involvement of the infamous Fr. James Martin, SJ.

“The Chosen” Contradicts the Perpetual Virginity of Our Lady

In addition, in its 2021 Christmas episode, “The Chosen” shows Mary having labor pains in giving birth to Jesus. We know as Catholics, this is false:

As Fr. Brian Grable stated in his recent March 25th article on the topic:

In the course of re-enacting the events of the Nativity, the episode shows Mary in labor pains as she gives birth to Jesus. The Chosen here follows the pattern of other popular adaptations, including Franco Zeffirelli’s celebrated 1977 series Jesus of Nazareth and the lesser-known 2006 film The Nativity Story. The scene of Mary’s labor pains in each of these is brief and tasteful, and also entirely wrong…

The doctrine of Mary’s perpetual virginity does not primarily concern the absence of any sexual relations throughout her life. Rather, it is first and foremost a doctrine about her body, specifically her physical integrity. That is, the physical seal of her virginity remained intact, unbroken by sexual intercourse or consequent childbirth. The doctrine is obviously a delicate one, and prurient speculation on the mechanics of Jesus’s birth has no place in this discussion. Similar to the Resurrection, we don’t know exactly how it happened, only that it did. Various Fathers of the Church used poetic metaphors to describe the event, such as light passing through glass. What we hold to be divinely revealed is that, however the birth of Jesus actually took place, Mary’s body remained intact.

With that understanding, we can return to the films mentioned above. While physical intactness forms the essence of Mary’s virginity in birth, the painless nature of the birth is inextricably linked to the doctrine. Part of this connection is deductive: The absence of the physical effects of childbirth would preclude their accompanying pains. The connection is theological, as well. As part of the punishment for original sin, God said to Eve, “I will greatly multiply your pain in childbearing; in pain you shall bring forth children” (Genesis 3:16). Here, the doctrines of the virgin birth and of the Immaculate Conception inform one another. Mary, preserved from all stain of original sin, would not have suffered the consequences that all women experience in giving birth.[i]

If Fr. Martin is There, Beware!

Another reason to skip “The Chosen,” is the praise and involvement of the infamous Fr. James Martin, SJ. Back in August of 2020, The Bellarmine Jesuit Retreat House in Illinois held a “Virtual Evening of Reflection” with Fr. Martin and the star of the Chosen, the actor who plays Jesus, Jonathan Roumie.[ii] 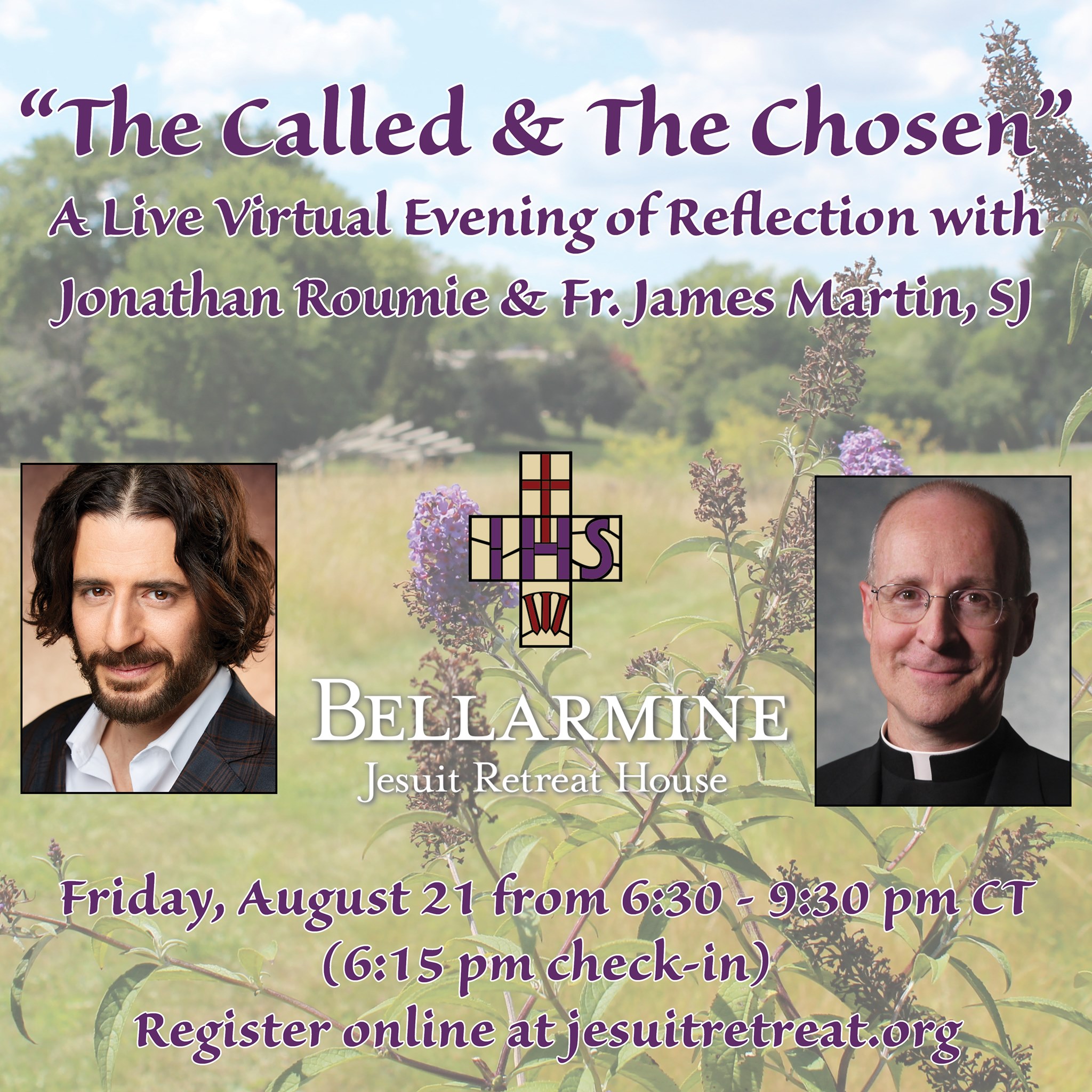 Roumie is himself a Catholic. His bio states, “He serves as VP on the boards of two non-profits media companies, Catholics in Media Associates and The G.K. Chesterton Theatre Co., and was recently nominated for Papal Knighthood by the Order of St. Gregory the Great.” However, the combination of being a “retreat master” along with Fr. Martin as well as theologically questionable elements from “The Chosen” lead to questions about just what kind of Catholicism Roumie is promoting, if any at all.

Most Christian Productions are “Cringe”

The problem with many Christian TV shows and movies that take liberties with scripture is the false or misleading theological messages they send. Unfortunately, a great number of Christians continue to view this series, most likely due to the absolute dearth of quality programming these days, much less Christian themed programming. Sadly, I fear almost all of them do so blissfully unaware of the dangerous fictional adaptations taking place on the screen before them.

That said, “The Chosen” falls more into the schlock category of Christian cinema, but with just a real enough veneer to fool those who don’t know any better.

What’s more, it is extremely difficult and dangerous work to try to make the Gospels come alive through any dramatic production involving actors and a script. And it is basically impossible if the writers and the people behind the production aren’t Catholic. We can see the absurd and ridiculous sacrilege of the Godspell and Jesus Christ Superstar productions to know the outer limits of how awful depictions of Our Lord can be, not to mention the sacrilegious and blasphemous Last Temptation of Christ from years ago.

That said, “The Chosen” falls more into the schlock category of Christian cinema, but with just a real enough veneer to fool those who don’t know any better. The fact that a vast majority of American Christians love the show is depressing. The term that comes to mind that a lot of the youth use these days is “cringe.” I found myself cringing the more of the snippets of the show I watched online. The acting in many places is just so saccharine when it’s not melodramatic.

For any depiction of Christ to be done right it takes immense levels of talent in directing and acting as well as a determination to get every detail theologically accurate. This is what made Mel Gibson’s “The Passion of the Christ” the best depiction of Christ’s sorrowful mysteries ever made and lead it to breaking box office records. To me, the only chance of a TV series based on the life of Christ being watchable would be something on the level of what Mr. Gibson created.

I think filling in the details of the Gospel stories could be accomplished much better by using the vivid accounts of mystics such as Venerable Anne Catherine Emmerich. By using these guides, the producers of the series would ensure that any fictionalized parts do not go against Catholic faith and morals and though they do not need to be believed, they are at least worthy of belief if one so chooses. One cannot say the same about “The Chosen.”

[Comment Guidelines - Click to view]
The Remnant values the comments and input of our visitors. It’s no secret, however, that trolls exist, and trolls can do a lot of damage to a brand. Therefore, our comments are heavily monitored 24/7 by Remnant moderators around the country.  They have been instructed to remove demeaning, hostile, needlessly combative, racist, Christophobic comments, and streams not related to the storyline. Multiple comments from one person under a story are also discouraged. Capitalized sentences or comments will be removed (Internet shouting).
The Remnant comments sections are not designed for frequent personal blogging, on-going debates or theological or other disputes between commenters. Please understand that we pay our writers to defend The Remnant’s editorial positions. We thus acknowledge no moral obligation whatsoever to allow anyone and everyone to try to undermine our editorial policy and create a general nuisance on our website.  Therefore, Remnant moderators reserve the right to edit or remove comments, and comments do not necessarily represent the views of The Remnant.
back to top
Last modified on Wednesday, April 20, 2022
Tweet

More in this category: « Religiously Revealing The Politicron Variant of Free »