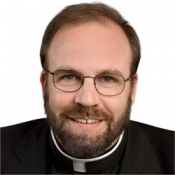 Why is this? The bottom line is the conflict between doctrine and practice in most Catholic churches. In the first sentence Msgr. Pope states the teaching and in the second sentence he describes the reality. It is true that Christ should be most evident in His action and presence in the Liturgy. However, the congregation is not aware of this precisely because it has been minimized and downplayed in almost every aspect of one’s modern parish.

Christ’s Holy presence in His parish churches used to consist of visual, audible, and physical clues. Visually, the tabernacle was placed in the center of the altar. The priest faced towards the East, the direction of the Risen Christ. This symbolized a priest offering sacrifice to the God in front of him on behalf of the people behind him. Stained glass windows depicted saints or holy images of Christ’s life. Statues of the Virgin Mary, St. Joseph, and other saints adorned the interior of the church. One only needed to take a quick look around the church to tell the faithful were serious about their religion and about prayer. Women would cover their heads with chapel veils out of reverence. Men would be dressed in suits. The sense that something important and serious was happening was palpable.

Auditory clues included either reverent silence or beautiful Gregorian chant, which lifted one’s thoughts heavenward. This allowed undistracted time to pray. The faithful were given the opportunity to meditate and draw spiritually nearer to God. This is the true meaning of "active participation" the Mass. The Mass was said in Latin, the universal language of the Church. This added to the sense that something mystical and out of the ordinary was occurring. One could read in the Missal the beautiful and explicitly Catholic prayers of the Mass including the Offertory and the ancient Roman Canon. There could be no mistake that the Mass was a propitiatory sacrifice and not a communal meal or community celebration.

Physical clues also signaled the Real Presence of the almighty God. Kneeling in reverence during the consecration, kneeling to receive Our Lord in Holy Communion on our knees, and reception of Holy Communion on our tongue helped create a profound reverence for the Sacrament. The hands of laymen never touched Holy Communion as only consecrated hands could touch the Eucharistic species. Laymen were not allowed in the sanctuary. The sanctuary was a holy place where only the priest and the privileged altar boys, extensions of the priest’s hands, were allowed to dwell. It was the immediate vicinity of the altar where Calvary itself was made present and the Mysterium Fidei was brought down from Heaven. If you were not “aware” of the presence and action of Christ Our Lord during a Traditional Mass, you were simply not conscious.

Contrast this with the atmosphere and clues at one’s typical parish Mass today. One walks in to a relatively barren church of modern design, sometimes even shaped in the round or made of ugly materials. Banners line the walls where statues used to be. Stained glass no longer teaches the life of Christ or bears the images of Saints. Instead the stained glass depicts a series of abstract color patterns; a sort of Technicolor Rorschach test for bored eyes seeking stimulation.

The sounds during Mass offer little respite for the mind to draw near to God. The music of a band welcomes one into the “celebration.” If one is lucky, the band is playing acoustic guitars. If one is not, they are electric. The priest then recites the all too familiar scripted English lines. One is then expected to parrot back words to the priest in a rite of forced participation reminiscent of grade school. This causes the dialogue between the people and the priest to become robotic, artificial, and devoid of any significant meaning.

The well-timed head nods, smiles, and slow deliberate speech of the lay lectors continue the grade school theme. These lectors spoon-feed the readings to the congregation, transporting them back to a time when their first grade teacher read from Mother Goose.

Then comes Holy Communion which most everyone receives standing up and in their hand as the band plays on. An army of Lay Eucharistic ministers, typically older women in pantsuits, facilitates the rapid distribution of Communion quite efficiently. By the time one returns to their seat after receiving, one barely has time to say an Ave before the priest is introducing a guest speaker asking for donations and the exiting hymn is belted out.

If one chooses to stay and say their Thanksgiving after Mass one is inundated with loud chatter from the congregants for at least ten minutes. At that point every soul just at Mass is now in their car headed out of the parking lot.

Yes, Msgr. Pope is quite right when he observes that, “any cursory look into a typical Catholic parish would reveal little to indicate an obvious awareness of the presence and action of Jesus in the Liturgy and Sacraments.” I wonder why good Monsignor. I wonder why…

Photo From Holy Thursday Mass in the Archdiocese of Washington 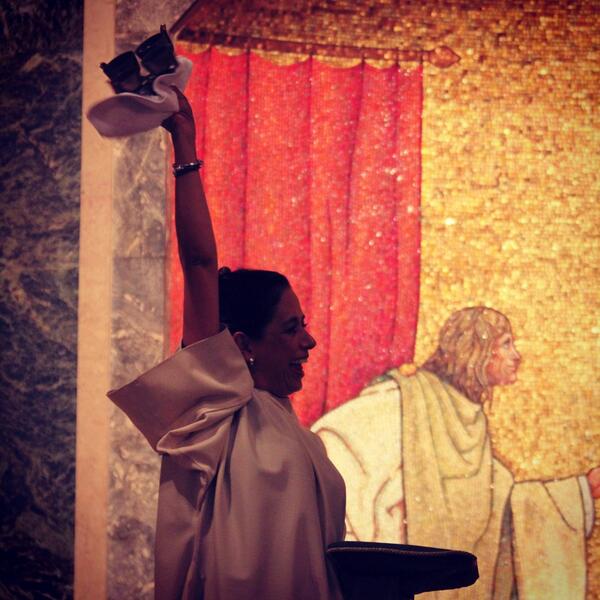 Published in Fetzen Fliegen
back to top
Last modified on Monday, May 19, 2014
Tweet

More in this category: « Holy Father: “It Would Be Better For You To Resign” The Wanderer 'Shocked' by “Traditionalist” Pusillanimity »