Sainthood Denied: Battlefield Priest Hero, Too "Rigid" for the Vatican 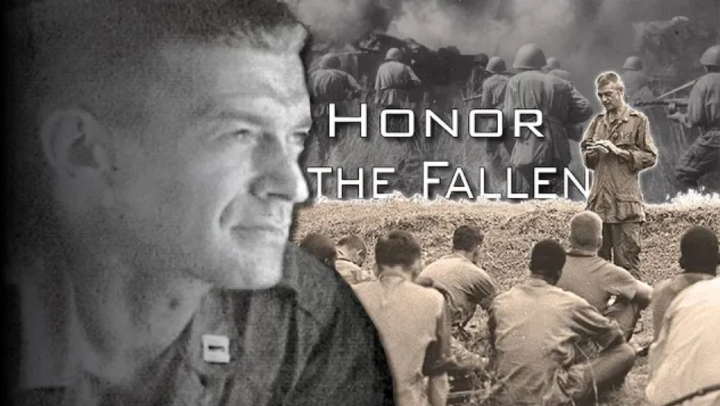 Long before the spirit of Vatican II had reinvented the Catholic priest in the image and likeness of Jimmy Martin, there were so many heroes numbered among Catholic priests that even Hollywood used to make movies about them. On the Waterfront, Bells of Saint Mary, Miracle of the Bells, Boys Town, Scarlet and the Black, I Confess, etc, are just a few that come to mind.

Today, it's different. Whether it was the more than 2,500 Catholic priests who were murdered by the Nazis at the Dachau concentration camp, or the thousands killed or tortured alongside József Cardinal Mindszenty under the Soviet regime, or the untold numbers of military chaplains who gave their lives on the battlefields of WW I, WWII, Korea and Vietnam, they are the unsung heroes the world and the Church, but now the Vatican would have us forget about that.

“With ongoing military actions in the world today (think Ukraine), raising someone from the military for veneration may not be appropriate for our Church,” one consultant wrote.

Navy chaplain and war hero, Lt. Vincent Capodanno, is a wonderful example of what the Catholic priesthood used to be.

He laid down his life for his friends, but that evidently wasn't enough for the woke snowflakes inside the Vatican who think Pope Paul VI should be canonized for wrecking the Roman Rite and overseeing the most catastrophic era of apostasy in the history of the Catholic Church. But NOT, apparently, for Fr. Capodanno.

See more on the Fr. Capodanno canonization setback below. But, first, here's a RTV video about the hero priest who is evidently just too darn Catholic to be canonized a saint under the Great Reset pontificate of the most woke pope in history:

THE GRUNT PADRE: A Military Chaplain Who Died a Hero

At the Vatican, the Dicastery for the Causes of Saints is responsible for canonization decisions. The theological consultants of this dicastery wrote individually to Dr. Nicola Gori, the postulator of Capodanno’s cause, to express their concerns.

The Fr. Capodanno Guild summarized these concerns and suggested possible responses to them:

One consultant voiced concern that the positio focuses mainly on the last year of Capodanno’s life and shows little evidence of his spiritual growth. The guild said this focus is appropriate because it is proposing beatification under the standard that the priest gave freely of his own life.

For another consultant, the fact that Maryknoll has not pursued Capodanno’s cause is a matter of concern. To this, the guild suggested a reply that the Archdiocese for Military Services took responsibility for the cause of one of its own chaplains. “Maryknoll is now supporting our efforts,” the guild said.

Another concern about the priest being “fastidiousness about his appearance” prompted another possible explanation: “This reflects the strong Italian family that he grew up in and was reinforced by the Navy and Marine Corps. It is not an indication of sinful pride.”

“With ongoing military actions in the world today (think Ukraine), raising someone from the military for veneration may not be appropriate for our Church,” one consultant wrote.

To this, the guild responded: “No one likes war especially those who serve their countries in them. One of the most important things for these serving men and women is to have access to the Sacraments. Our chaplains selflessly give of themselves to provide these Sacraments. Pope Francis pushes strongly to ensure that chaplain priests are available for militaries.”

Latest from RTV —SIEGE at MAR-a-LAGO: A Globalist Panic Attack

[Comment Guidelines - Click to view]
The Remnant values the comments and input of our visitors. It’s no secret, however, that trolls exist, and trolls can do a lot of damage to a brand. Therefore, our comments are heavily monitored 24/7 by Remnant moderators around the country.  They have been instructed to remove demeaning, hostile, needlessly combative, racist, Christophobic comments, and streams not related to the storyline. Multiple comments from one person under a story are also discouraged. Capitalized sentences or comments will be removed (Internet shouting).
The Remnant comments sections are not designed for frequent personal blogging, on-going debates or theological or other disputes between commenters. Please understand that we pay our writers to defend The Remnant’s editorial positions. We thus acknowledge no moral obligation whatsoever to allow anyone and everyone to try to undermine our editorial policy and create a general nuisance on our website.  Therefore, Remnant moderators reserve the right to edit or remove comments, and comments do not necessarily represent the views of The Remnant.
back to top
Last modified on Wednesday, August 17, 2022
Tweet

More in this category: « Solemnity of the Assumption of the Blessed Virgin Mary SPOTLIGHT On Digital IDs and Useful Idiots »