Ross Douthat for President! (Letter to the Catholic Academy) 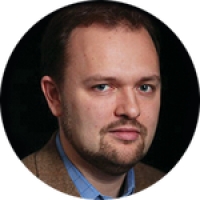 "I read with interest your widely-publicized letter to my editors this week, in which you objected to my recent coverage of Roman Catholic controversies, complained that I was making unfounded accusations of heresy (both “subtly” and “openly”!), and deplored this newspaper’s willingness to let someone lacking theological credentials opine on debates within our church. I was appropriately impressed with the dozens of academic names who signed the letter on the Daily Theology site, and the distinguished institutions (Georgetown, Boston College, Villanova) represented on the list.I have great respect for your vocation. Let me try to explain mine.

"A columnist has two tasks: To explain and to provoke. The first requires giving readers a sense of the stakes in a given controversy, and why it might deserve a moment of their fragmenting attention span. The second requires taking a clear position on that controversy, the better to induce the feelings (solidarity, stimulation, blinding rage) that persuade people to read, return, and re-subscribe.

"I hope we can agree that current controversies in Roman Catholicism cry out for explanation. And not only for Catholics: The world is fascinated — as it should be — by Pope Francis’ efforts to reshape our church. But the main parties in the church’s controversies have incentives to downplay the stakes. Conservative Catholics don’t want to concede that disruptive change is even possible. Liberal Catholics don’t want to admit that the pope might be leading the church into a crisis." READ FULL REPORT HERE


REMNANT COMMENT: What's this? No apology? No groveling? No boot-licking? Who is this strange man and from what planet does he hail?

(If and when they banish him from the Old Gray Lady, I hope Mr. Douthat will consider coming our way. The Remnant is small but it's becoming a rapidly-expanding refugee camp for homeless Catholic writers who want to speak the truth in a world growing increasingly allergic to it.)

[Comment Guidelines - Click to view]
The Remnant values the comments and input of our visitors. It’s no secret, however, that trolls exist, and trolls can do a lot of damage to a brand. Therefore, our comments are heavily monitored 24/7 by Remnant moderators around the country.  They have been instructed to remove demeaning, hostile, needlessly combative, racist, Christophobic comments, and streams not related to the storyline. Multiple comments from one person under a story are also discouraged. Capitalized sentences or comments will be removed (Internet shouting).
The Remnant comments sections are not designed for frequent personal blogging, on-going debates or theological or other disputes between commenters. Please understand that we pay our writers to defend The Remnant’s editorial positions. We thus acknowledge no moral obligation whatsoever to allow anyone and everyone to try to undermine our editorial policy and create a general nuisance on our website.  Therefore, Remnant moderators reserve the right to edit or remove comments, and comments do not necessarily represent the views of The Remnant.
back to top
Last modified on Monday, November 2, 2015
Tweet