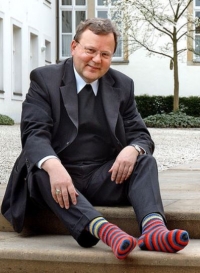 Bishop Bode put his stripy socks on, everybody. Time to listen up and take him seriously:

GERMANY, January 10, 2018 (LifeSiteNews) –  Bishop Franz-Josef Bode, the Vice President of the German Bishops' Conference, has called for a discussion about the possibility of blessing homosexual relationships. He believes there to be “much [that is] positive” in such relationships.

The new statement from Bishop Bode comes in the wake of a recent interview given to the German journal Herder Korrespondenz by Cardinal Reinhard Marx – President of the German Bishops' Conference and papal adviser – in which he proposed that the Catholic Church rethink her teaching on sexual morality in which he argued against “blind rigorism.” For him, it is “difficult to say from the outside whether someone is in the state of mortal sin.” Marx applied this statement not only to men and women in 'irregular situations,' but also to those in a homosexual relationship.

There has to be “a respect for a decision made in freedom” and for one's “conscience,” claimed Marx. He said that one has to take into account the “concrete circumstances,” while still remembering “one's own responsibility in light of the Gospels.” Of course, added Marx, one also has “to listen to the voice of the Church.”

In the new interview with the German regional newspaper Neue Osnabrücker Zeitung, Bishop Bode made remarks which have already led to a vivid discussion in Germany, with conservative Catholics like Mathias von Gersdorff and Dr. Markus Büning raising their voices in protest.

“I think we have to discuss this matter in more detail within the Church,” says Bishop Bode – who has been the bishop of Osnabrück since 1995 – adding that it does not help to maintain “silence” in this matter. 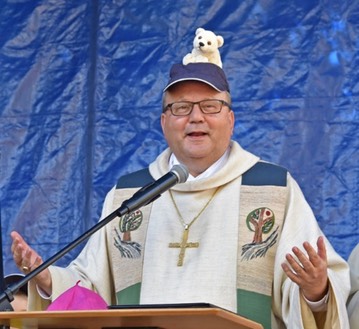 ...Bishop Bode asks, with reference to homosexual couples, “how do we do justice to them?” and adds: “how do we accompany them pastorally and liturgically?” Moreover, the German prelate – who had been one of the representatives of the German bishops at the Synod of Bishops on marriage and the family – proposes to reconsider the Church’s stance on active homosexual relationships which are regarded as gravely sinful. “We have to reflect upon the question as to how to assess in a differentiated manner a relationship between two homosexual persons,” he says. “Is there not so much positive and good and right so that we have to be more just?”  READ MORE HERE

A New Year Prediction: Vatican Will Greenlight ‘Gay Unions’ in 2018 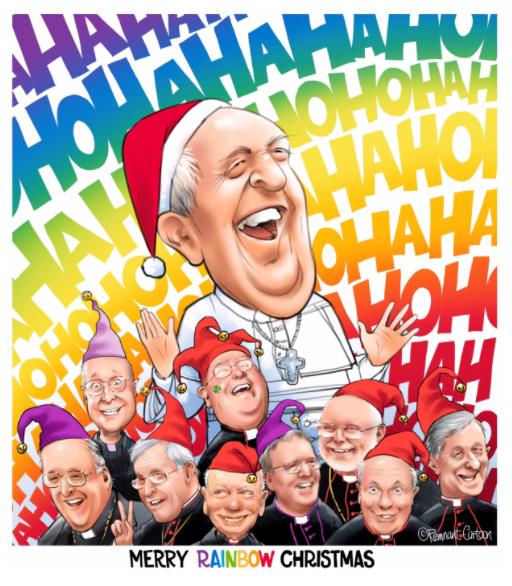 [Comment Guidelines - Click to view]
The Remnant values the comments and input of our visitors. It’s no secret, however, that trolls exist, and trolls can do a lot of damage to a brand. Therefore, our comments are heavily monitored 24/7 by Remnant moderators around the country.  They have been instructed to remove demeaning, hostile, needlessly combative, racist, Christophobic comments, and streams not related to the storyline. Multiple comments from one person under a story are also discouraged. Capitalized sentences or comments will be removed (Internet shouting).
The Remnant comments sections are not designed for frequent personal blogging, on-going debates or theological or other disputes between commenters. Please understand that we pay our writers to defend The Remnant’s editorial positions. We thus acknowledge no moral obligation whatsoever to allow anyone and everyone to try to undermine our editorial policy and create a general nuisance on our website.  Therefore, Remnant moderators reserve the right to edit or remove comments, and comments do not necessarily represent the views of The Remnant.
back to top
Last modified on Saturday, January 13, 2018
Tweet

More in this category: « Vatican SecState: Amoris Laetitia Means "Paradigm Shift" in Church The Latest from the Authentic Magisterium® »