THE TRUMP TWEETS: Trump Responds to Facebook's Decision to Leave Him in Jail 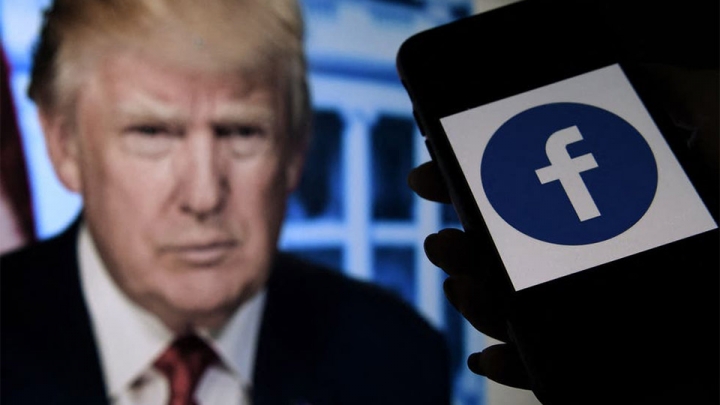 The following news item is from the Washington ComPost, along with some Remnant Editor's heckling in red:

The Washington Post is reporting that the Facebook Oversight Board, an outside and totally “objective” – yeah, RIGHT!—group funded and created by Facebook—well, of course it is!—to review the social media giant’s thorniest policy choices—I do NAZI it as “thorny” so much as fascist!—has decided to uphold the decision to suspend Trump—surprise, surprise!—. The board announced Wednesday morning that Facebook needed to decide within six months—hey, take your time, Mark, you’re a busy guy!—how long Trump’s suspension would last, or if it would be permanent—Gee, Mr. Zuckerberg, Melania and I sure appreciate that!

In other words, the snarky condescension goes on. In six months, if Donald Trump sets up a social media platform of his own, Facebook would lose 75 million users in 24 hours.

What Facebook, Twitter, and Google have done is a total disgrace and an embarrassment to our Country. Free Speech has been taken away from the President of the United States because the Radical Left Lunatics are afraid of the truth, but the truth will come out anyway, bigger and stronger than ever before. The People of our Country will not stand for it! These corrupt social media companies must pay a political price, and must never again be allowed to destroy and decimate our Electoral Process.

[Comment Guidelines - Click to view]
The Remnant values the comments and input of our visitors. It’s no secret, however, that trolls exist, and trolls can do a lot of damage to a brand. Therefore, our comments are heavily monitored 24/7 by Remnant moderators around the country.  They have been instructed to remove demeaning, hostile, needlessly combative, racist, Christophobic comments, and streams not related to the storyline. Multiple comments from one person under a story are also discouraged. Capitalized sentences or comments will be removed (Internet shouting).
The Remnant comments sections are not designed for frequent personal blogging, on-going debates or theological or other disputes between commenters. Please understand that we pay our writers to defend The Remnant’s editorial positions. We thus acknowledge no moral obligation whatsoever to allow anyone and everyone to try to undermine our editorial policy and create a general nuisance on our website.  Therefore, Remnant moderators reserve the right to edit or remove comments, and comments do not necessarily represent the views of The Remnant.
back to top
Last modified on Wednesday, May 5, 2021
Tweet

More in this category: « CANADA NEWS: Arrest Warrant Out for Polish Pastor Who Kept His Church Open During Lockdown EVEN WALZ FALL DOWN: Minnesota Governor Loses in Court, Must Allow Churches to Reopen to Full Capacity »