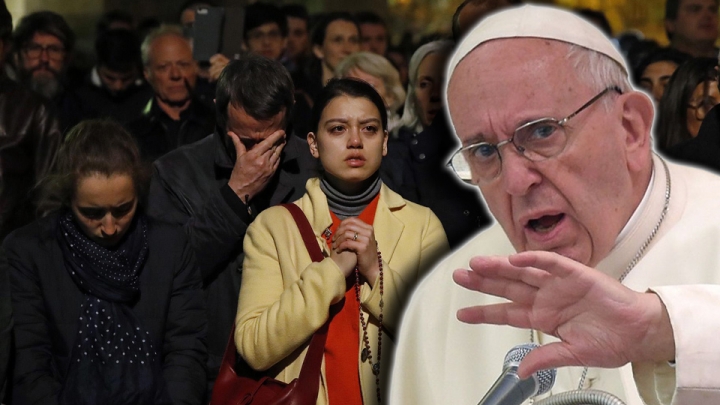 As we approach the month’s mind marker of Traditionis Custodes, and with the benefit of literally hundreds of articles produced, including my own reflection here at CWR within 48 hours of the promulgation of the document, we are in a good position to see how we got where we did and where we might do well to head in the months going forward. Let’s consider the situation from several complementary angles.

Commentators across the spectrum have noted that the document is a potpourri of jumbled theology, canon law, history, sociology and psychology. This happens with great regularity with this Pope because, unlike Pope John Paul II, he doesn’t consult well (or apparently at all).

Francis seems to be ignorant of the Missale Romanum of 1965, simply alluding to the missals of 1962 and 1970; that text, in my judgment (and that of many others), came very close to embodying the desiderata of the Council Fathers, whereas what followed five years later, far exceeded the mandates of Sacrosanctum Concilium and even went against not a few of them. What would his thoughts be on that liturgical form? We don’t know. Nor do we know what his thinking is on other ritual expressions like the Dominican or Ambrosian Rites, or the Anglican Usage. Do they fall under the same negative verdict? Again, we don’t know.

Similarly, in drafting the motu proprio, he was apparently unaware of the power of diocesan bishops to dispense from purely disciplinary law (canon 87), which many bishops have already done. Not a few Ordinaries have taken a page out of the approach of the Jansenists and Modernists when faced with unfavorable papal decrees: “We have carefully considered the Holy Father’s concerns, thank him for his paternal solicitude, and thank Almighty God that none of his concerns prevail among us.” Except that in this instance, the approach is valid. This situation has occurred because he doesn’t have the pulse of the worldwide episcopate, which has led to what must be a very embarrassing response to him – it’s called, technically, “non-reception,” about which Cardinal Walter Brandmüller wrote quite lucidly (as is his wont).

Aside from the rambling, often incoherent style, the text is often vitriolic, perhaps exceeded only by Exsurge, Domine of Leo X (1520) in his condemnation of Martin Luther. Good fathers don’t speak that way to or about their children. Many have pointed out the irony that Francis has been kinder to Society of St. Pius X (in their irregular ecclesial status) than to those “traditionalists” in full communion with the Church. As Archbishop of Buenos Aires, he testified on behalf of the SSPX to gain for them civil recognition and protection and, as Pope, has accorded their priests faculties to hear confessions and to witness sacramental marriages, leading to the obvious question: Is it “okay” to pray with the Missal of 1962 if you are not in full communion with the See of Rome but verboten if you are?

When Francis appointed Cardinal Robert Sarah prefect of the Congregation of Divine Worship, many of us were shocked (since Sarah and Bergoglio do not share liturgical visions). Even more amazing was the Pope’s mandate that Sarah pursue the liturgical trajectory of Benedict XVI! When Sarah began to do that, he was slapped down in a most unceremonious fashion and publicly shamed. Further, on one of Francis’ many airborne press conferences, he praised the Eastern rites of the Church for maintaining a sense of the sacred and lamentably opined that the Roman Rite has lost much of it. A man of many contradictions.

Although Francis taught Latin as a young Jesuit, he certainly exhibits an animus against the language. Strangely, he makes no mention of the possibility of celebrating the current rite in Latin. On his watch, the Vatican Press (LEV) has removed from their catalogue all Latin liturgical books of the post-conciliar era, while the Congregation for Divine Worship is denying permission to other publishers to reprint those books. Are the paragraphs of Sacrosanctum Concilium calling for the retention of Latin in the Sacred Liturgy missing from the Bergoglian editions of that document?

Finally, we are witnessing what can be called “reaction formation.” Some priests have seen the attendance double at their Masses according to the 1962 Missal. Why? When asking new-comers what has attracted them all of a sudden, a very common response has been: “I never knew much about that Mass or was much interested in it, but when I heard that Pope Francis was so opposed to it, I thought I should look into it.” That is not a very appealing response, but it is an attitude “on the ground,” one brought on by this Pope’s consistent pillorying of things he deems unworthy of maintenance. The Pope who constantly talks about the importance of priests having the “smell of the sheep” lacks that quality most evidently – or at least does so when the vox populi is not what he wants to hear.

“‘When I use a word,’ Humpty Dumpty said in rather a scornful tone, ‘it means just what I choose it to mean — neither more nor less.’”

Words have meaning; indeed, even a single letter can have immense consequences. The Christological controversy involving Arius revolved around the little Greek letter “iota” (“I”). Arius argued that Jesus was “homoiousios” as the Father (of a similar nature), while the Nicene Fathers maintained He was “homoousios” (of the same nature), the difference being a single letter, giving us the English expression that something doesn’t make “an iota of a difference,” but the iota did matter.

Several problems have existed with terminology regarding the Sacred Liturgy – on both sides of the ecclesiological aisle.

The first surfaced very soon after the appearance of the Missal of Pope Paul VI. Opponents referred to the work as the “Novus Ordo Missae.” Its use was mischievous, at best, as it has never been used in any ecclesiastical document and was clearly intended to conjure up “novus ordo saeculorum,” found on the obverse of our dollar bill, with its Masonic connections. In like manner, the expression “Traditional Latin Mass” (TLM): garners “Tradition” for one form alone, suggesting that the revised rite is not in keeping with Tradition. In Summorum Pontificum, Pope Benedict created the terms “ordinary” and “extraordinary” forms of the Mass to describe what he wanted to be side-by-side liturgical realities. That verbiage has not been widely used by people attending the older rite because it connotes that recourse to that form would be rare (“extraordinary” – like “extraordinary” ministers of Holy Communion!).

Since we need descriptors, I think the best, most neutral, and most accurate language (with no ideological baggage) to employ, is usus antiquior (the more ancient usage) and usus recentior (the more recent usage); this language appears to be favored by Cardinal Raymond Burke.

Read the Rest at CatholicWorldReport.com

[Comment Guidelines - Click to view]
The Remnant values the comments and input of our visitors. It’s no secret, however, that trolls exist, and trolls can do a lot of damage to a brand. Therefore, our comments are heavily monitored 24/7 by Remnant moderators around the country.  They have been instructed to remove demeaning, hostile, needlessly combative, racist, Christophobic comments, and streams not related to the storyline. Multiple comments from one person under a story are also discouraged. Capitalized sentences or comments will be removed (Internet shouting).
The Remnant comments sections are not designed for frequent personal blogging, on-going debates or theological or other disputes between commenters. Please understand that we pay our writers to defend The Remnant’s editorial positions. We thus acknowledge no moral obligation whatsoever to allow anyone and everyone to try to undermine our editorial policy and create a general nuisance on our website.  Therefore, Remnant moderators reserve the right to edit or remove comments, and comments do not necessarily represent the views of The Remnant.
back to top
Last modified on Thursday, August 19, 2021
Tweet
More in this category: « Cardinal Burke Update Eternal Rest Grant Unto Her: Family of Remnant Columnist Dr. John Rao Asking for Prayer »