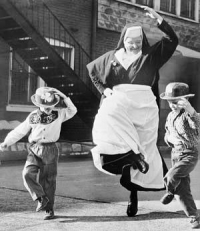 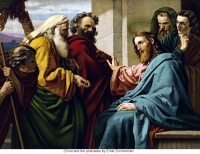 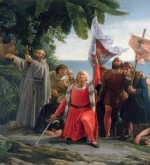 A shockingly blunt title indeed. But as entirely predictable events unfold in the New Synod Hall—wherein, we are told, all things will be made new—why should we bother with nuance? After all, we have a Pope who is no friend of nuance and whose intentions could not have been more crudely expressed over the past eighteen months of astonishing insults and denigration of practically all the elements of apostolic and ecclesiastical tradition. Francis has clearly been preparing for this moment since the day of his election, if not before, and now it has arrived in all its inglorious splendor.

Let us call this Synod what it is: a secretive, manipulated, progressive-dominated cabal, led by septuagenarian and octogenarian diehards of the conciliar “renewal,” who are rushing to finish their “work”—so rudely interrupted by Pope Benedict—lest death release the Church from their clutches before they are quite done.

The Secret Synod Freak Show, Brought to You by Pope Francis

The Extraordinary Synod of Bishops opened this afternoon with a Mass by Pope Francis and the editorials, articles and interviews are flying so thick in the air it's hard to see the sun. The signs and signals are coming so fast and so clearly now that there can be little doubt that the pope intends to adopt some form of Cardinal Kasper’s proposal.

Let’s just pass on from all the debate on what Francis intends and face up to this, and ask some questions about what the concrete effects this change will have on the Church. I am not a prophet and I don’t have any occult scrying device. No crystal ball is needed when one has the basics of the Faith and logic. Let’s see what we come up with.
Monday, October 6, 2014

In honor of the 100th anniversary of St. Pius X’s death, I am re-printing an article originally written by the Rev. Simon FitzSimons and published in The American Catholic Quarterly Review in 1908. Over a century later, Rev. FitzSimons’ brilliant insight into the driving forces behind this heresy as well as its remedy are needed more than ever. Writing shortly after Pascendi was published Rev. FitzSimons is able to give us a unique “fly on the wall” perspective of a Catholic living at that time. In this fourth installment, Rev. FitzSimons exposes the fallacies behind the Modernist quest and explains why it is doomed to failure. Without further ado, I give you the Rev. SimonFitzSimons…Chris Jackson

“…they seem to forget that it has not been the Church's custom to remodel her beliefs to suit the epoch or to adapt them to the changing follies of the times; nay, that, on the contrary, her proudest boast is that she has remained unchanged in the midst of a constantly changing world; indeed, that her immutability is bound up in and inseparable from her indestructible vitality. They seem to overlook the important fact that if you change the essence of a religion, you have no longer the same religion, but a new one, and that when you expunge from a creed all that is vital you may indeed make a new creed, but you have the old one no longer.” Rev. Simon FitzSimons