Mass Resistance at Fisher-More: Attending the TLM IS a Political Act! 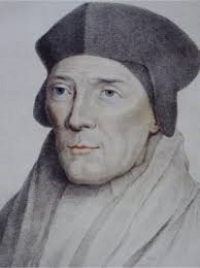 "He who goes about to take the Holy Sacrifice of the Mass from the Church plots no less a calamity than if he tried to snatch the sun from the universe." -St. John Fisher, Champion of the Old Latin Mass

The Internet has told me that the Bishop of Fort Worth was justified in taking away the Mass of the Ages from these poor kids at Fisher More College ‘for the good of [their] souls’. He then said that they could have the Novus Ordo offered at their college, using diocesan priests.

If I’m understanding this right, the good bishop seems to be adopting the usual, post-2007 Catholic position concerning the nature of the two Masses. To wit, while it’s now ok to go the old way, please be advised that only trivial predilections (‘nostalgia’ and ‘addictive fashion’, depending on how old you are) are the officially accepted reasons for ‘preferring’ one over the other.

Alas, insofar as some among this college community might have held to the position that the Old Mass was in fact objectively better, and that (a fortiori) the documents of Vatican II contained deeply flawed, confusing, and sometimes even silly promulgations and ideas, then these same students and faculty were acting out of line. That is, since these Fisher More folks were celebrating the Old Mass as a way of ‘protesting’ the New Mass (and by extension, Vatican II), then a terrible WrongThink had crept into their little community, and it—The Old Mass!—had to be removed, to be replaced by something literally called ‘ordinary’.

Since these Fisher More folks were ‘using’ this Old Mass as a way of drawing like-minded agitators to their school, and holding up the Mass as a ‘rallying’ point, as it were, then it’s the Mass that had to go.

See, you can only like the Old Mass for superficial reasons, and it is wrong to use the Old Mass to form an intentional community in defiance of the New Ways.

I don’t know if I’m properly representing any one student or faculty member in wording the supposed ‘political’ nature of their (punishable) actions. Perhaps their daily celebration of the Old Mass was merely coincidental (say, a priest with knowledge of the Old Mass just always seemed to be available…who knew?). I’m certainly not on the inside track here. I’m merely a sympathetic internet browser.

But…I hope that my take is correct. I hope that their celebration of the Old Mass had these more defiant aspirations. Good on them if this is so.

If they did have these motivations, they are not only justified in having them, but they are to be praised. Indeed, these students and faculty provide an example for the rest of us wayward, complacent traditionalists, who just ‘want to have our Mass’ and be left alone.

After all, the Old Mass IS superior to the New Mass, in form and especially in content, and the second Vatican Council is problematic! It’s not a bad or ‘unCatholic’ thing to think this, and it’s certainly not a bad thing to say this.

Why? Because it’s manifestly true, and it can never be a bad or unCatholic thing to say the truth. Quite to the contrary. The ‘traditionalist’ position loses its raison d'être the instant that these points of resistance—nay, defiance?—become forgotten or (even worse) taboo. We should protest against the New Mass, and our attending of the Old Mass should be seen as a way of ‘voting with our feet’. God knows, top-down solutions to our present nightmare are not coming. Any traditionalist who rightly thinks that the New Mass is deficient and thereby attends the Old Mass ‘for the good of their soul’, is ipso facto ‘protesting’ the New Mass and making a ‘political’ point in the process. And all the better.

It behooves us peasants to make it known to our diocesan uppers, in our words and actions, that the New Mass is a failed experiment, that the Old Mass is the future, and that Vatican II has serious problems. Insofar as we can reasonably hope that the students and faculty of Fisher More were doing and saying things of this sort, they are to be held up as a model for all Catholics across the country.

We should hope that the sharp and eager students at Fisher More are aware of the problems of form and content in the New Mass. Moreover, we should hope that members of this school’s faculty are manifestly aware of the deficiencies of the New Mass and the Council, and have even written or lectured on these very points. In fact, what would be entirely bizarre is if the ‘traditionalism’ of Fisher More was so superficial such that no one at the school was aware of any of these real problems.

It would be strange if the school was filled with folks who just ‘happened to like’ the Old Mass, and just ‘happened to prefer' a certain ‘traditional’ habit of being, but wanted otherwise to be left alone, or were otherwise happy with the Novus Ordo status quo that surrounded their small school.

We should hope that there are no taboos among their kind. It would be equally weird if members of this self-aware community were, or were to become, ‘de facto’ neo-Catholic in their pronouncements. Again: I’m rather dim, but I’m assuming that the members of this community have the good sense to know how utterly ironic it would be to form a community committed to the traditional faith, going so far as to demand that its faculty take an incredibly defiant oath (the very one that Paul VI (of healing fame) pushed to the side), only to then insist that students and faculty don’t say a peep about what they know damn well to be the disaster introduced by the Council and the New Mass.

No. While I can’t be certain of much of anything, I have good reason to hope that the laudably intentional community of Fisher More knows full well that they are celebrating the Old Mass precisely because of all of the deficiencies of the New Mass, and that they are furthermore making a rather bold statement against the insanities introduced through the Second Vatican Council, by their words and actions.

I should hope that their actions are this intentional, this self-conscious, this inspired, this rational, and this knowledgeable. It’s a college, after all. Colleges are filled with people who long for authenticity and truth. Perhaps here, we might find kids who have yet been beaten down by the iconoclasm and banality of the New Ways, and teachers not content to sit passively to the side while the Novus Ordo establishment ruins their Church in their midst.

Perhaps we’d find scores of ebullient, wide-eyed, sharp and motivated students, kids who are rightly frustrated by a largely apathetic Catholic laity, but even more frustrated by a neo-Catholic contingent that would passively imbibe as pure gospel whatever sabotaging nonsense spewed from the mouths of their leaders. Perhaps here we’d find kids ready to speak truth to power.

I should hope that we could rightly describe this community as a group of activists. I should hope that they have created an environment where kids can speak their mind regarding the disaster of the Second Vatican Council and the dystopian nightmare that it bequeathed them. Here we might find kids full of life and passion for the truth, ready to burn the midnight oil, reading up on their own glorious tradition, and not content to read of their own faith by way of the post-conciliar censors.

What the bishop sees as a problematic community, the traditionalist should rightly see as Ground Zero of the resistance movement. For we should hope to find here a group of kids excited about the faith, kids thinking clearly and with conviction. Here might lie a group of professors and students who haven’t devolved into meat robots ready and willing to give the gold seal to whatever unprecedented novelties are introduced, e.g., altar girls, etc. Here might be found thinking people. Here lies our hope.

Of course, if this school did take a weird neo-Catholic position on tradition, whereby it required the faculty and students to keep mum, despite what they all knew, the bishop would simply have nothing to worry about, and he would have no reason to ban the ‘politicized’ Old Mass. He’d come to the school, see the nice, docile kids celebrating their nice little Mass in the old way, and pat them all on the head. How nice for them! They seem to be behaving!

Of course, such a school wouldn’t last. Why would a passionate and smart kid want to come to such an Orwellian, suffocating institution? What a boring place that’d be.

It seems to me that these students and faculty are being punished precisely because they are doing the right thing vis-à-vis the Novus Ordo Establishment of which they are tenuously a part. They are speaking their minds in defiance of the disastrous novelties in their midst. As what happens in any unjust regime, they were censored.

Par for the course.

Such is the consequence of straying from the neo-Catholic script. We can stand in solidarity with Fisher More by making our attending of the Old Mass a self-consciously political act, and utterly defying the neo-Catholic insistence that our actions be merely the result of superficial preference.

Published in Remnant Articles
back to top
Last modified on Thursday, March 6, 2014
Tweet

More in this category: « The Fast Way to Heaven Girolamo Savonarola: Excommunicated Saint? »