On the Question of Religious Exemption 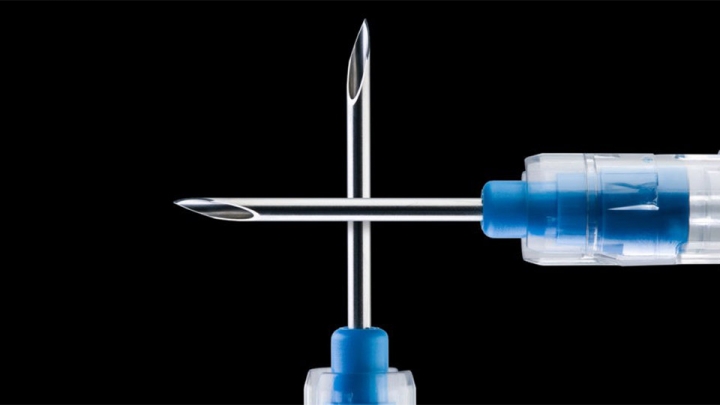 I am a Traditional Catholic and a father to six children. I am also a Masters of Theology student at Christendom College Graduate School. I believe that life begins at conception and that abortion is the killing of an innocent human person. Therefore, my sincerely held religious beliefs prevent me from being able to take any of the available COVID-19 vaccines because, in one way or another, they all employ cell lines derived from aborted children. I respectfully request a religious accommodation for the COVID-19 vaccine. I will still be able to perform the essential functions of my duty position if I am granted this waiver.

Common counter-arguments that I hear when I state my religious convictions are the following: “Didn’t Pope Francis say it’s OK to take the COVID-19 vaccines?” and, “Isn’t Tylenol developed from aborted babies?” and finally, “But you’ve taken vaccines in the past, right?” These questions often cause scandal and confusion among both Catholics and non-Catholics, so I will address each in detail, particularly the third question, which deals with the liceity of abortion-tainted vaccines, and the importance of intent when making moral decisions.

One should not confuse Pope Francis’s opinion with infallible Catholic doctrine.

First, I will address the issue of Pope Francis’s endorsement of the COVID-19 vaccine. Context is important here. The pope is both a political actor and a religious leader. Although his pronouncements in both areas carry weight for Catholics, the Church is not a dictatorship. Matters of biomedical ethics are often debated in the Church. Indeed, even now there are profound divisions within the Church regarding the COVID-19 vaccine. Cardinal Raymond Burke and Bishop Athanasius Schneider are two examples of high-ranking prelates that respectfully disagree with Pope Francis on the topic of COVID-19 vaccines. The Archbishop of the U.S. military, Archbishop Timothy Broglio, said that “no one should be forced to receive a COVID-19 vaccine if it would violate the sanctity of his or her conscience.” In other words, one should not confuse Pope Francis’s opinion with infallible Catholic doctrine.

Secondly, the argument stating that common drugs such as Tylenol, ibuprofen, and penicillin were developed from aborted babies is simply untrue. The claim being circulated is that these products were developed from the fetal cell line Human Embryonic Kidney 293 (HEK-293), which was derived from an abortion in 1973. However, this is impossible. Amoxicillin (aka Tylenol) was discovered in 1958, Ibuprofen was discovered in 1961, and penicillin was discovered in 1928. Pepto Bismol, aspirin, Tums, and Benadryl also predate widespread use of fetal cell lines to test medicines by decades.[1]

Third, I have taken vaccines in the past, as have my children. We are not “anti-vax,” but we are discerning and always pray for guidance. We believe that God made us in His image. This means that we have a free will and an intellect that informs our free will. We have refused certain vaccines in the past due to religious reasons. For example, we did not let our daughter receive the HPV vaccine because we felt that it was surrendering to the social consensus that young women should, and will, engage in sexual conduct outside of marriage. We believe giving that sort of message to a 12-year-old girl can lead to a self-fulfilling prophecy. It is also a type of despair (a mortal sin) in which one denies that the Holy Spirit has the power to help one stay chaste. When my daughter is an adult, she can use her properly formed conscience and reason to make her own decision with respect to the HPV vaccine.

In June 2005, the Vatican’s Pontifical Academy for Life issued a letter titled Moral Reflections on Vaccines Prepared from Cells Derived from Aborted Human Foetuses. This document recognized the fact using the abortion-tainted Rubella vaccine was at least a “mediate remote passive material cooperation to the abortion,” but one’s moral culpability was mitigated by the severity of Rubella’s effects on children, and the fact that there were no other therapeutic means available to treat Rubella.

Moral Reflections on Vaccines concludes that if Catholics do not resist future abortion-tainted vaccines, then the pharmaceutical companies will never have the incentive to find morally acceptable alternatives.

In my discernment, the COVID-19 vaccines do not have the moral mitigation factors that the Rubella vaccine has; and therefore they are always morally illicit. While Rubella is deadly for children, the survival rate for children with COVID-19 is practically 100%. In addition, Rubella does not have alternative therapies that can mitigate its deadly effects on children. COVID-19, however, has numerous alternative therapies available. Moral Reflections on Vaccines concludes that if Catholics do not resist future abortion-tainted vaccines, then the pharmaceutical companies will never have the incentive to find morally acceptable alternatives.

It is my deeply held religious belief that all currently available COVID-19 vaccines are morally illicit because they employ cell lines derived from aborted children. I am certain that if I took the COVID-19 vaccine, I would not just be committing material cooperation to abortion, but I would be committing formal cooperation to abortion. Pope St. John Paul II described the importance of this distinction in his encyclical Evangelium Vitae:

"Indeed, from the moral standpoint, it is never licit to cooperate formally in evil. Such cooperation occurs when an action, either by its very nature or by the form it takes in a concrete situation, can be defined as a direct participation in an act against innocent human life or a sharing in the immoral intention of the person committing it."

If I would only take the vaccine in order to stay employed, I would be benefiting monetarily from the murder of an innocent.

If I violated the sanctity of my conscience and took the vaccine, my intent would have nothing to do with my “health,” but everything to do with my “wealth.” I would only take the vaccine in order to stay employed; therefore, I would be benefiting monetarily from the murder of an innocent. My intent in this scenario would be immoral and therefore constitute formal cooperation in evil on my part. I would be committing a mortal sin that endangers my salvation.

I love being a Department of the Army Civilian and contributing to this great team. I am paid well and receive excellent benefits. However, I cannot violate my sincerely held religious beliefs just to maintain my wealth. Our Blessed Lord made this explicit in Mark 8:36: “For what shall it profit a man, if he gain the whole world, and suffer the loss of his soul?” I am respectfully asking that you please grant my religious accommodation for the COVID-19 vaccine. The accommodation will in no way hamper my ability to perform my job.

[1] John-Henry Westen, “Is it true that ivermectin and hydroxychloroquine are abortion-tainted just like COVID jabs?,” LifeSiteNews, October 15, 2021, https://www.lifesitenews.com/blogs/ivermectin-hcq-abortion-covid-vaccine/.

[Comment Guidelines - Click to view]
The Remnant values the comments and input of our visitors. It’s no secret, however, that trolls exist, and trolls can do a lot of damage to a brand. Therefore, our comments are heavily monitored 24/7 by Remnant moderators around the country.  They have been instructed to remove demeaning, hostile, needlessly combative, racist, Christophobic comments, and streams not related to the storyline. Multiple comments from one person under a story are also discouraged. Capitalized sentences or comments will be removed (Internet shouting).
The Remnant comments sections are not designed for frequent personal blogging, on-going debates or theological or other disputes between commenters. Please understand that we pay our writers to defend The Remnant’s editorial positions. We thus acknowledge no moral obligation whatsoever to allow anyone and everyone to try to undermine our editorial policy and create a general nuisance on our website.  Therefore, Remnant moderators reserve the right to edit or remove comments, and comments do not necessarily represent the views of The Remnant.
back to top
Last modified on Saturday, October 30, 2021
Tweet
More in this category: « Polling Brandon On the Feast of Christ the King »