Mirror, Mirror: the world in the Covid looking glass 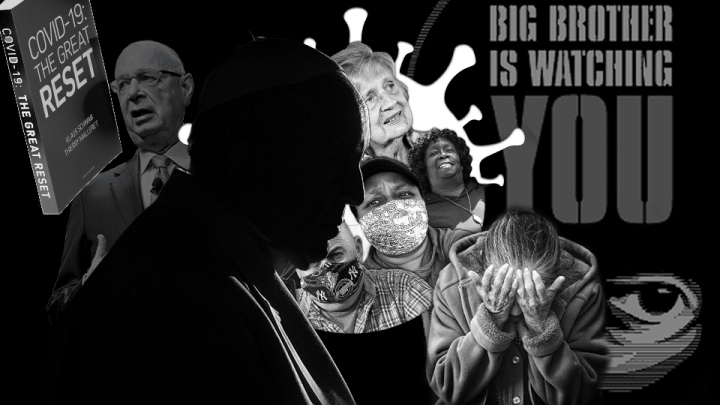 Under normal circumstances, physicians diagnose diseases. Dr. Smith examines a patient, looking into his ears and down his throat, pressing his stethoscope against his back. Dr. Smith runs a series of tests until he determines that the patient has, say, pneumonia, or diphtheria, or esophageal cancer. Diseases produce signs which physicians are trained to interpret. A physician is first a namer of disease—only once an ailment has been identified can a cure be devised. Saying what the problem is is in many ways a physician’s most important job.

These past two years or so, however, the world has flipped. Today, it is a disease which is doing the diagnosing. Covid-19, the ugly word on the lips of people worldwide, is naming us, telling us who we are. Covid is our physician.

But covid is more than just our physician. Covid does more than diagnose. It shows. It is our mirror. We look into it, we observe in the covid glass the shape of ourselves.

What does this death-dealing physician, this glassy plague, reflect back to me? What is the world in the covid looking glass?

When I look into the covid mirror, what do I see? What does this death-dealing physician, this glassy plague, reflect back to me? What is the world in the covid looking glass?

The image is strange, and changes. Now, for instance, I see a Chinese man sporting a Qing pigtail, forehead shaved high and long, black braid trailing down behind. The pigtail, the Manchu queue, is a marker enforced by the government to prove at a glance that one is obeying the rules, staying in line. Constables circle, making sure all wear a Manchu queue. Those who do not are branded on the cheek as menaces to the public good.

The tyrant cries out, in a silent voice as in dreams, “My people! I protect you from harm!”

Now I see a chemical formula, molecular arrangements sketched madly over the jumping-jack da Vinci schematic of a human being. I see a pharmacist, a madman with a mortar and a pestle, grinding up children and selling the paste as medicine to be injected into veins for a hefty fee. Chemicals, people, chemicals. I see a government agent dragging people to the pharmacist’s putrid laboratory, holding them down while the pharmacist fills them with ground-up little ones. I see political advisors urging the government agent to drag in more people, faster. I see sophists, false prophets and trained liars, standing in the street outside the pharmacist’s laboratory, explaining to the baptized passersby that the blood of slain children is medicine of the highest form.

Now I see the lidded eyes of a tyrant, his pupils dark and small, darting left and right as he surveys a crowd. The tyrant cries out, in a silent voice as in dreams, “My people! I protect you from harm!” The tyrant longed for this day, but he was not able to bring it about alone. The tyrant has a pharmacist of his own, a sociopath whose political ambition is not nearly the tyrant’s equal, but whose cold-blooded indifference to human suffering leaves the tyrant’s behind. The pharmacist paid for the disease the tyrant wields for both fear and control, against his enemies and his own people. The pharmacist explains the disease in a way that does not make sense. The pharmacist tells the people things that only the tyrant believes to be true. The people are compelled to nod, to acclaim. In another silent voice, like the ruffling of a crow’s wings, the multitude shout, “We believe! We believe!”

Now I see a hypnotist, pocket watch arcing back and forth from a long silver chain. The hypnotist splits, then splits again. Then again. Suddenly there are a thousand hypnotists. I turn from one side to the other, I look near and in the distance. There are hypnotists everywhere, swinging pocket watches and saying the same thing as everyone else. One hypnotist is called an expert by another hypnotist. Some echo says so, too. Another echo repeats and affirms. It is getting difficult to breathe. The pharmacist and the hypnotist are talking, they are whispering into one another’s collars. They are looking behind one another’s backs. The people shout again, “We believe!”

And now I see a man in white, a pearl-colored cassock flaring out over a full, slightly stooped frame. The man smiles but his eyes are cold.

Now I see a horned beast, a devil maybe. There is drool running down his pointed chin, like mercury or hate. He writhes with either pain or glee, he cackles in anticipation of some horror in the offing, the sequel of a horror that already was.

And now I see a man in white, a pearl-colored cassock flaring out over a full, slightly stooped frame. The man smiles but his eyes are cold. He blesses a multitude, but the multitude shudders. He mouths some words, some prayers perhaps. He says that one thing is another thing, that killing is love, that lying is peace. Some women in the multitude are crying, they do not know what is happening. Young children look at the man in white, but they do not smile when he smiles.

Then I see in the mirror myself. I think. I cannot be sure. There are so many others who look like me. A fog sifts around me, around what may be us. A darkness kneads the fog into hollow trails. I am looking for the man in white. He is not where I reach for him. His face appears, grinning. I turn to it, but it just as quickly disappears. Others look for this man, too. There is someone behind him, someone radiating disdain. Someone who does not want to be seen. My skin is frozen against the fog, my hair begins to stand on end.

I take the mirror in both hands and smash it against an outcropping of rock. A clock strikes three in the afternoon. I come to my senses in the offices of Dr. Smith. “It appears you have a case of the coronavirus,” he tells me. “What you do next is up to you.”

[Comment Guidelines - Click to view]
The Remnant values the comments and input of our visitors. It’s no secret, however, that trolls exist, and trolls can do a lot of damage to a brand. Therefore, our comments are heavily monitored 24/7 by Remnant moderators around the country.  They have been instructed to remove demeaning, hostile, needlessly combative, racist, Christophobic comments, and streams not related to the storyline. Multiple comments from one person under a story are also discouraged. Capitalized sentences or comments will be removed (Internet shouting).
The Remnant comments sections are not designed for frequent personal blogging, on-going debates or theological or other disputes between commenters. Please understand that we pay our writers to defend The Remnant’s editorial positions. We thus acknowledge no moral obligation whatsoever to allow anyone and everyone to try to undermine our editorial policy and create a general nuisance on our website.  Therefore, Remnant moderators reserve the right to edit or remove comments, and comments do not necessarily represent the views of The Remnant.
back to top
Last modified on Tuesday, January 18, 2022
Tweet

More in this category: « Another Opinion on Pope Francis and Cancel Culture Back to the 70’s: What if All Traditional Priests are Suspended? (Part I) »