THE GOOD COP FILES: The Things They Carried 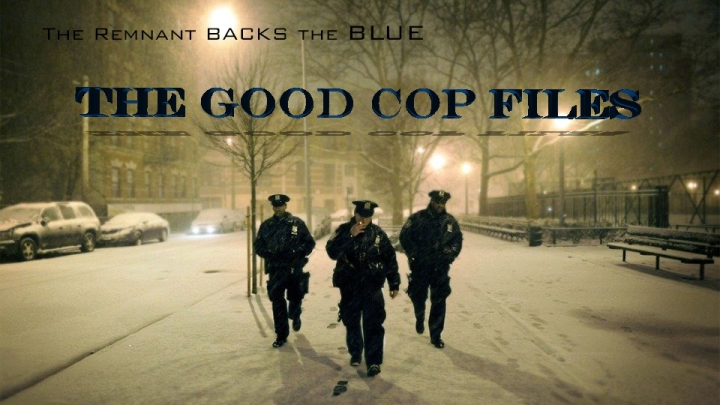 In the late evening in early spring, 2022, police and other first responders rushed to a home on a quiet street in a little southern town. Outside, a woman lay grievously wounded. During a brief struggle, she had been accidentally shot by her estranged husband, who was pronounced dead at the scene. The cause of death was a self-inflicted gunshot wound.

The dead man was a fifteen-year veteran with the town’s police department. He was a good cop.

To understand why this man—let’s call him Officer A—was a good cop, you have to take some big steps back, away from the home on the quiet street where first responders found him and his wife that terrible spring day. You have to understand that Officer A was a man who gave his life—gave it up to the end—trying to live out the mission of all police officers to serve and protect. It wasn’t Officer A who pulled the trigger earlier this year. It was a man broken by his job, buried under the things he carried from his time on the force.

Officer A’s vocation cost him everything. What he gave up, he gave up for us. The tragedy of the final hour of his life was the last battle of a long war. The things Officer A carried in his heart and mind tore him to pieces. Those things he carried from his time wearing a badge.

For Officer A, the price was his whole world. He saw things on the job that shouldn’t be, things that the rest of us can hardly imagine.

Officer A’s mother, Ms. Martha, is a family friend. She’s a parishioner at a Catholic Church in that little town, and also attends the Latin Mass at a neighboring parish when she can. Ms. Martha’s husband was a sheriff in the county where the small town is located. Officer A’s brother serves as a sheriff’s deputy, while two of Ms. Martha’s grandsons serve as police officers as well. Ms. Martha herself worked for many years as a nurse. Officer A’s family has dedicated many hours of many lives to helping others.

That dedication comes with a price. A steep one. For Officer A, the price was his whole world. He saw things on the job that shouldn’t be, things that the rest of us can hardly imagine. He was the first on the scene of a houseboat dock fire, for instance. He watched helplessly as a family burned to death in an inferno surrounded by a boiling gasoline slick. He watched small children bobbing on the flaming water. Something in Officer A broke that day. That scene burned into his mind’s eye, and he carried the horror with him everywhere he went. He was unable to sleep at night from the screams of children, pleading for help.

There were no off days for Officer A after that. Like many others on the force, his work took from him relentlessly. When he clocked out of a shift, he remained on the job in spirit, his mind yoked to the things that nobody who had seen them could ever forget. Officer A, like all good cops, took the hit for all of us. He was the one who volunteered to go where nobody else wants to go, to see things that nobody else wants to see.

Officer A went away for a time to recover. When he came back, he seemed to be winning the battle in his own soul. But then the walls closed in again.

Officer A went away for a time to recover. When he came back, he seemed to be winning the battle in his own soul. But then the walls closed in again. His vocation as a police officer took an even bigger toll. He got a call to perform a welfare check on a man whose family hadn’t heard from him in several weeks. The person was dead, and had been for a long time. His dogs had eaten part of his remains.

In many ways, Officer A lost his life that day, too. He was never the same after that. He went away again, trying to clear his mind of what he had seen. He came back once more, but this time he had lost his refuge at home. His work had cost him his peace of mind, and that, in turn, had cost him his family. His wife had left him and wanted a divorce. It seemed there was nothing left. It seemed, for Officer A, that he had come to the end of his road.

Officer A ended his life, a life that had ended long before. He nearly ended the life of his spouse, too. The things Officer A carried, the unseen wounds he bore, took from him all he had worked to achieve. Or so it seemed, especially on that early spring day, when Officer A’s friends and colleagues arrived at the home on the quiet street to find another scene that no one should ever have to see.

One of the first to arrive at the house was one of Officer A’s brothers. Ms. Martha tells us that several other policemen had to hold him back, to keep him from witnessing what police work had cost his brother and his family. Those who know what the police have to see, know that they must do everything they can to keep others from seeing it.

To judge solely by the news reports, Officer A was a bad man. But to hear the community of that little southern town, and Officer A’s family, tell it, Officer A was a good cop. He was everyone’s hero. Ms. Martha says that he knew all along that he wanted to be a policeman, that he always wanted to do something that would let him work to protect other people.

My mother and stepfather went to the funeral home for Officer A’s service and found the whole town there, an outpouring of grief and love and support. Even people whom Officer A had once arrested came out to pay their respects. Think about that. What better tribute could there be for a good cop than that those who met him at their lowest remembered that he treated them with dignity.

There’s a lot that doesn’t go into news reports. There are a lot of things that most of us will never see. This time, let the whole story be told. Officer A was a good cop. May he rest in peace.

The things the police carry on the inside are burdens that they carry for all of us.

“Suicide in law enforcement is extremely high statistically,” Ms. Martha says. “I want people to recognize that. If they suspect their family member or coworker is suffering from PTSD or depression, then seek treatment from qualified therapists. I don't want anyone to suffer the kind of loss we have. It is devastating to get through.”

Pray to St. Michael to protect the police at all times, from all evil seen and unseen. The things the police carry on the inside are burdens that they carry for all of us.

[Comment Guidelines - Click to view]
The Remnant values the comments and input of our visitors. It’s no secret, however, that trolls exist, and trolls can do a lot of damage to a brand. Therefore, our comments are heavily monitored 24/7 by Remnant moderators around the country.  They have been instructed to remove demeaning, hostile, needlessly combative, racist, Christophobic comments, and streams not related to the storyline. Multiple comments from one person under a story are also discouraged. Capitalized sentences or comments will be removed (Internet shouting).
The Remnant comments sections are not designed for frequent personal blogging, on-going debates or theological or other disputes between commenters. Please understand that we pay our writers to defend The Remnant’s editorial positions. We thus acknowledge no moral obligation whatsoever to allow anyone and everyone to try to undermine our editorial policy and create a general nuisance on our website.  Therefore, Remnant moderators reserve the right to edit or remove comments, and comments do not necessarily represent the views of The Remnant.
back to top
Last modified on Thursday, October 6, 2022
Tweet

More in this category: « Our Lady Crushes the Head of the Ancestor Spirits VIGANÒ’S  CONSIDERATIONS on the current political situation in Italy »