The Bergoglification of Catholic Universities 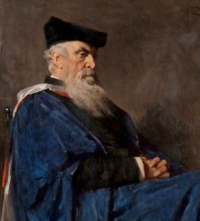 On Monday Pope Francis released a new apostolic constitution calling for a “radical” reform to the nature and curriculum of ecclesiastical universities and institutions.

“The primary need today is for the whole People of God to be ready to embark upon a new stage of Spirit-filled evangelization,” the Pope said in the document, “Vertatis Gaudium.”

This new stage of evangelization, he said, “calls for a resolute process of discernment, purification and reform. In this process, a fitting renewal of the system of ecclesiastical studies plays a strategic role.”

The document deals specifically with ecclesiastical universities and faculties, which, differing from regular Catholic universities, offer Vatican-approved degrees required to teach in seminaries or at pontifical universities.

It consists of two parts dedicated to general norms and specific norms, and also contains an appendix and norms of application. The document is meant to “update” previous norms, and abrogates any prior rules which contradict the new ones laid out by Pope Francis in Veritatis Gaudium.

...Francis noted that the world is currently living not only a time of change, but it is also experiencing “a true epochal shift, marked by a wide-ranging anthropological and environmental crisis,” such as natural, social and financial disasters which are swiftly reaching “a breaking point.”  READ MORE HERE

REMNANT COMMENT: Francis is now injecting his erroneous and harmful personal views on the environment, as well as other errors, info official curricula for pontifical universities; trying to cement the rot for generations to come. Anyone who doubts global warming will not be fit to teach at a pontifical university?

Published in Headline News Articles
[Comment Guidelines - Click to view]
The Remnant values the comments and input of our visitors. It’s no secret, however, that trolls exist, and trolls can do a lot of damage to a brand. Therefore, our comments are heavily monitored 24/7 by Remnant moderators around the country.  They have been instructed to remove demeaning, hostile, needlessly combative, racist, Christophobic comments, and streams not related to the storyline. Multiple comments from one person under a story are also discouraged. Capitalized sentences or comments will be removed (Internet shouting).
The Remnant comments sections are not designed for frequent personal blogging, on-going debates or theological or other disputes between commenters. Please understand that we pay our writers to defend The Remnant’s editorial positions. We thus acknowledge no moral obligation whatsoever to allow anyone and everyone to try to undermine our editorial policy and create a general nuisance on our website.  Therefore, Remnant moderators reserve the right to edit or remove comments, and comments do not necessarily represent the views of The Remnant.
back to top
Last modified on Thursday, February 1, 2018
Tweet

More in this category: « God of Surprises Stabs Chinese Catholics in the Back Missouri's 'Walking Priest' Starts New Religious Community »