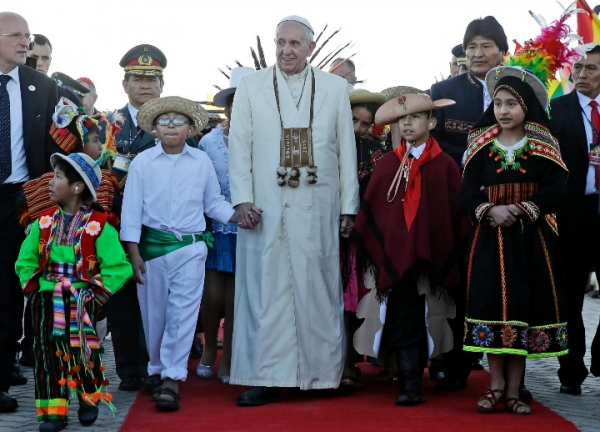 In an effort to make clear the documents, speeches and references that will be the sum and substance of the essence in the upcoming Synod on the Family the Vatican Communications Office in conjunction with the Vatican Public Relations Office and the Secretary of State have compiled and published a special guide to better understand the documents of the proceedings; The Official Synod on the Family Compendium Trilogy.

Specifically designed to clarify a distinct political separation of positions normally composed of conflicting views, this Vatican Compendium Trilogy (VCT) will separate the actual Synod language into three unique categories. Because the Synod on the Family will include sensitive issues which may appear to some to be non-traditional and for some others difficult to comprehend, these necessary steps needed to be taken. The Compendiums are divided and the nomenclature especially designed and defined to be easily understood, appreciated and distinct in either the Liberal, Moderate and or the Traditional Sensus Catholicus. 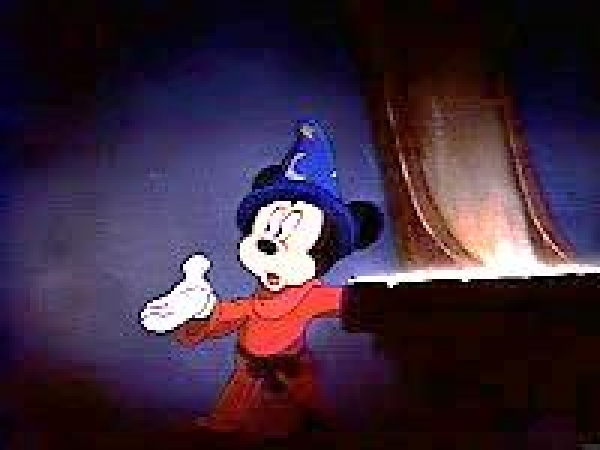 Not wishing to be outdone by the Pope’snew recyclical, which attempts to legitimize climate change hysteria by fiat, the Director of the Vatican’s newly formed Institute for the Study of Karma and Dharma, at Parma, today issued an official statement outlining the Church’s evolving position on the beliefs and practices of the “new age” movement, with the intent of opening a pastoral door to occultism.

Speaking to a select group of journalists gathered with him around his crystal ball, Father Giovanni della Piccolo Bologna, SJ, also known as the Vatican’s Chief Sorcerer, asserted his openness to the idea that the assorted mélange of new age beliefs is entirely compatible with Catholicism. 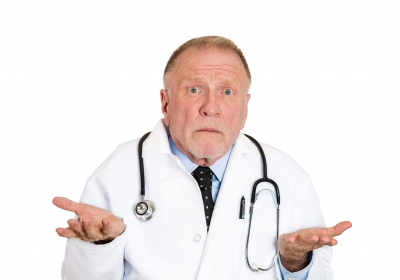 I turned off the ignition key - the purring motor of my ’58 Buick Century died without a whimper. 00120 Via del Pellegrino: yeah, the field hospital in Rome, this was the place. Not the best part of town, from the looks of it: tents and hovels all over the place. Nagging doubts hung over me like a cumulonimbus cloud in late July: was I doing the right thing? Could this guy really cure my cirrhosis? Was he just another AMA pill-pusher? I decided to give it a shot.

I walked into the large tent in front. A scrawled wooden sign hung over the entrance: “Dr. Bergoglio’s Holistic Health and Wellness Center." Underneath that, another one: “I’m OK, You’re OK - So Who am I to Judge?" The musty smell of sheep hung in the air like a moldy pile of damp laundry. The tent flap opened easily. Too easily.

A male nurse gave me the cold once-over, took my information and motioned me to a seat with an elegant gesture. A queer feeling came over me, as though I had unwittingly crossed a threshold into...“Mr. Marlowe?" Old Doc Bergoglio himself stood before me. His horn-rimmed glasses only partially concealed a leering expression. “Hmmm," I thought, “that queer feeling again." He invited me into his examination area. A small partition in the back, hardly bigger than a confessional.

A New Doctor of the Church (with apologies to Raymond Chandler) 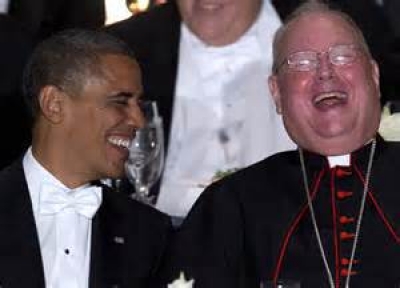 Apparently the latest prelate to bite the dust in a contest of parochial will is Cardinal Archbishop Timothy Dolan. He has resigned in submission according to Canon 401, Article 2 in the Code of Canon Law in an April 21 statement, released at noon local time. It was a great blow to liberal neo-Catholics and especially saddened the New York sodomitical community who are active in five Manhattan parishes. Cardinal Dolan was isolated, targeted and ultimately brought down by a militant “Rad-Trad” group who sponsored an open Letter to Pope Francis demanding the Cardinal Archbishop’s replacement. The Letter addressed to the Pope appeared in the New York Times and was signed by 1,000 prominent Catholics from across the Five Boroughs. Cardinal Dolan a favorite of the Democrat Liberal politicians for not interfering with abortion and gay marriage legislation was seen by the conservative traditionalists as a doctrinal sell-out for favors from his leftist friends in high places.

Article 2 of Canon 401, according to the Vatican’s website, refers to a situation when “a diocesan bishop who has become less able to fulfill his office because of ill health or some other grave cause is earnestly requested to present his resignation from office.” Cardinal Dolan’s resignation will take effect immediately, and although he will still be a Cardinal, he will no longer lead a diocese. It is up to Pope Francis to choose his successor. The brief Vatican statement gave no word as to what Cardinal Dolan will do following his resignation.

Breaking News: Big Apple Prelate Packs It In (Or At Least He Should) 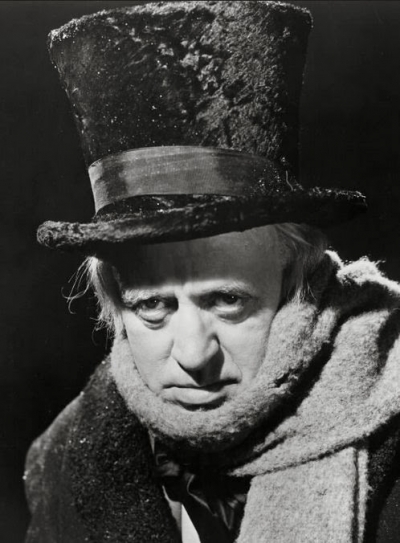 The Remnant’s knowledgeable readers are of course well aware of Pope Francis’ controversial interviews with the atheist Freemason Eugenio Scalfari, as published in La Repubblica. What has probably escaped your attention, however, is an obscure report describing a middle-of-the-night phone call placed by His Holiness to Scalfari last Christmas Eve, regarding a very mysterious apparition which he, Pope Francis, had apparently just suffered.

Since our crack staff has discovered that all of the Pope’s telephone conversations are recorded by the NSA, we’ve invoked the Freedom of Liberation Theology Information Act to obtain a transcript of this call. We dutifully pass it along for your edification…

+POPE FRANCIS (on the telephone): Yes, let me speak to Eugenio please – at once!

+SCALFARI: Yes, this is he - who is calling? 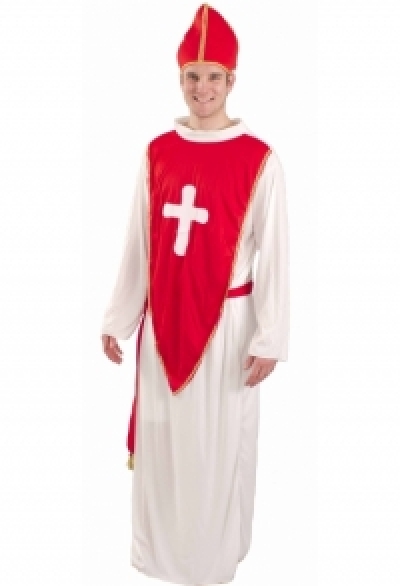 A-CNN Special Report: Now that the Vatican has ended its seven-year investigation of the Looney Communities of Women Rebels (LCWR), a jubilant Ima Cardinal Hairatik called a press conference in order to lay to rest once and for all the lies and deceits of the “Good Sisters of Old” (various pre-conciliar women’s religious orders). The major points of the Cardinal’s statements are as follows:

-        The Vatican is painfully aware that students taught in pre-Vatican II Catholics schools still harbor malicious fallacies perpetrated by nuns teaching in Catholic diocese world-wide. Whether their intentions were noble or not, the fact remains that these former rigid teachings are in conflict with the new theology being promoted by the Post-Vatican II Church and the Sisters of the LCWR.

Vatican Spokesman Clarifies Statements Made by “The Good Sisters of Old” 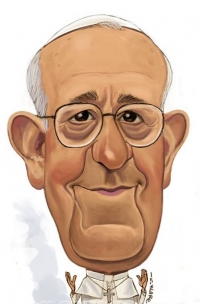 A-CNN, 4-24-2015 – Allium-Cepa has just learned that the director of the Vatican Press Office, Fr. Federico Lombardi, S.J., held an emergency press conference this morning. The purpose of the meeting was to announce to the media some particulars about the Missionaries of Mercy that Pope Francis will be dispatching across the globe during the “Year of Mercy”.

Fr. Lombardi opened the press conference with the announcement, “I would like to begin by stating that while this new development from Pope Francis is surprising, nonetheless I am certain that this is truly the ‘aggiornamento autentico’ that the Church needs at this time.”

“This morning while I was having breakfast with Bergoglio… I mean, the Holy Father, His Holiness informed me as he buttered his scone that he felt the best choice of priests to act as his Missionaries of Mercy are those of the Society of Saint Pius X.” 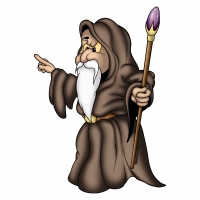 Much to the thrill of fantasy fans everywhere, a previously unknown novel in the Fellowship of the Rings saga has recently been discovered in an attic in Painswick, England. What follows is brief review of The Return of the Two Towers.

The novel opens with the introduction of a new Tolkien character – Ishkabibble, Bilbo Baggins’ half brother from his mother’s previous marriage to a dwarf.   Ishkabibble happens upon a pair of magic orthopedic shoes.   While wearing these shoes, other people cannot hear the wearer when he speaks. Ishkabibble then sets upon a great quest to return the shoes to their creators, the cobbler elves (not to be confused with the Keebler© elves). Joining him on the quest are his boon companions Bilbo Baggins and Sam Wisenheimer, along with the mighty wizard Glandjob. 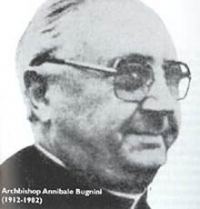 Cardinal Angelo Amato, Prefect of the Congregation for the Causes of Saints, has announced, on the heels of the recent beatification of Pope Paul VI, an exciting new candidate for beatification on the increasingly crowded Expressway to the Ever-Widening Gate of Heaven. It seems that Cardinal Walter Kasper, President Emeritus of the Pontifical Council for Promoting Christian Unity, has now introduced the cause of Annibale Bugnini, the architect of the highly-touted liturgical reform of Vatican II, to the Congregation. Kasper reportedly gave his permission to open an investigation into Abp. Bugnini’s virtues in response to repeated and urgent requests from Pope Francis and his inner circle.

Cardinal Kasper’s correspondence to the Congregation is rumored to elaborate on a little-known connection between Kasper and Bugnini that apparently developed during the recent Synod on the Family. Apparently Kasper had been praying repeatedly to the spirit of Abp. Bugnini – whom he, Kasper, considers to be the apotheosis of the “Spirit of Vatican II” - to ensure that the revolutionary draft language on homosexuals remain in the final Synod document, despite stiff resistance from “conservative” bishops. When this language was in fact retained in the final document, by the anti-collegial order of Pope Francis, Kasper was ecstatic at this miracle, and redoubled his zealous efforts on Bugnini’s behalf.

The Vernal Equinox of Beatifications?

Written by by John Ingram
Published in A-CNN
Read more... 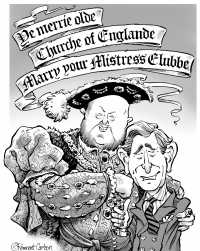 The Remnant's Rome correspondents have just translated an article written by noted Vaticanist Sandy Maestro, who writes for the Italian paper Viva Il Papa. The paper has heard from certain anonymous Vatican officials that the Holy See is targeting a Traditionalist Catholic writer from the United States for a possible lawsuit. The writer in question has suggested by email to The Remnant that he write an article exposing the Pope's secret project for granting a retroactive annulment to British King Henry VIII and his wife Catherine of Aragon, as part of Rome's Ecumenical outreach.

But thanks to the recent expansion of the Vatican's Dicastery of Mail Interception under Cardinal Giuseppe Lampedusa, emails as well as books are now subject to appropriate action. Lampedusa's mandate, according to the anonymous sources, uses NSA techniques to monitor emails to and from groups and publications sympathetic to pre-Vatican II thought and beliefs. The Dicastery of course exempts Michael Voris' organization, since he has promised never to criticize the Pope.